The Tour de St Jean Babtiste was a memorable one – for all the right and wrong reasons.  David, Steven and I enjoyed our Sunday morning gravel and dirt ride.  We were all warm enough, sometimes too warm although I did need to use some of Steven's hotpads for my feet.  The roads were in good to excellent condition and we kept a sensible pace for a two hour pedal to the promised land of curds and gravy.  The poutine was great - mine included sausage, fried onions and bacon.  Bistro 758 was a pleasant surprise for all newcomers and worthy of a do-over.  We could have biked home but our goal was to eat a plateful of comfy fries and not confict with the Athena SAR.  We were met by our families (minus Carr et al – sorry) for lunch and to get a ride home. 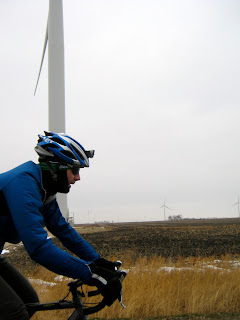 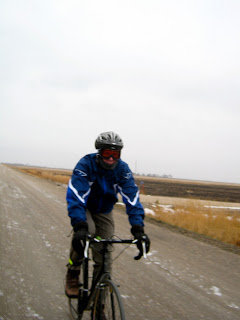 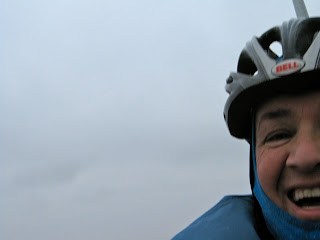 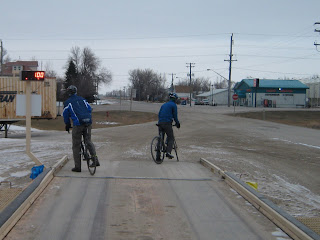 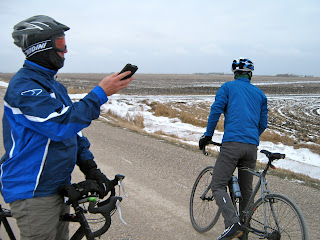 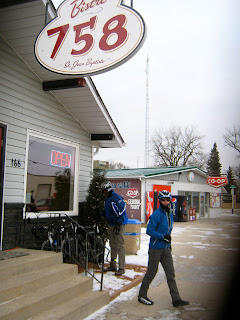 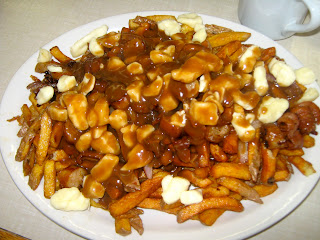 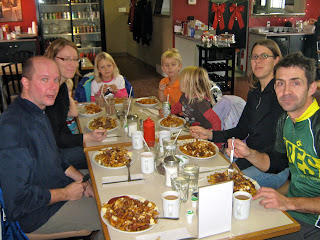 Steven and my clan loaded up the bikes on my car and I decided to take the gravel roads home to retrace our steps and to look for better lanes for future rides.  I should have skipped this idea and taken the highway home – I know this now but isnt there something about taking the roads less traveled and being open to adventure or something?!  Anywho – on our way back there was a dip in the road that I slowed down for, but apparently not enough when you have a bike rack.  Four of the six straps holding the rack on the car ripped and to my horror when I looked in the rearview mirror I saw three bikes falling to the dirt road behind me.  OH SHIT.  The bikes had some bent brake levers, scrapped paint, and a broken spoke or two but all in all we came out ok (future reports may prove otherwise).  Steven and I untangled the heap of bikes, tied knots in all the straps, reloaded the bikes and continued home.  A few minutes later the car was making funny noises that I first attributed to the dirt road but soon realized was a flat tire.  Shitty.  So we had to unload/load the bikes so we could change the tire and limp home – this time on the highway.  Having Steven in the car with my family did add to the embarrassment level but he did help diffuse a tense situation and help me with the agonizing loading/salvaging/loading/unloading/changing a tire/loading duties.  In summary: the ride was great, the food was great, I’m sorry about your bikes, and I need a bike hitch.   Good times followed by less than good times.   JS