James, David, Curt, Derek, Albert, Myron, Shaun and I rode around town.  David had a flat, Duke floated in and out of the group, and we had trouble staying out of traffic - a clumsy ride overall.  When we arrived at the clubhouse where we were greeted by perennial good guy Jonny g and perennially chilly Paul B.  Minutes include: being a fairweather V seasonal cyclist, bad press in Altona, neckerchiefs, Hymn Sing and The Western Hour, Earl Scruggs died, David was in fine form and ranted about local kids baseball and hockey, Maroons are SEMHL champs, skate park theories, passing out on the railway tracks, tattoo nipples, the youtube, the new colplay app - para, para, para paraphrase, Jets?, go Bombers, Top 5 Rolling Stone songs - David always goes for the high notes - ANGIE!, Paul rocked the Ting Tongs on the jukebox, The Fighting Amish win rec league and David continues his rant, awesome INXS Kick memories, sucking balls in Mexico, and Empire State of Mind.  Good times.  JS

Posted by Altona Bicycle Enthusiast Society at 9:46 PM No comments: 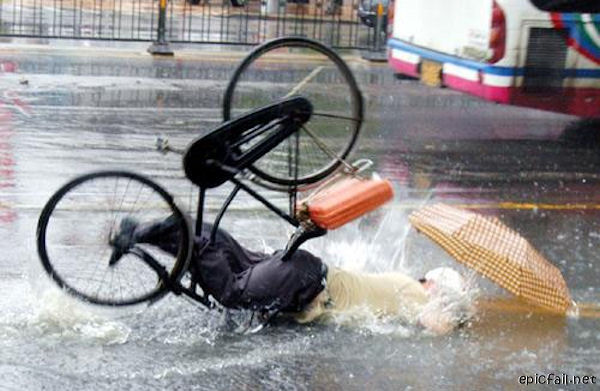 Same time, same place.  Hopefully the rains will cease.  But rain or shine the ride will be on.  And rumor has it we'll have a guest rider tonight.  Rumor also has it that this person is super sexy.  An ass that won't quit, rumor said.  But that's rumor for you.
Posted by Altona Bicycle Enthusiast Society at 3:31 PM No comments:

The Spring Time Trials were held with more incidents than usual: Bruce skidded out turning in front of a car, jumped up, appreciatingly waved for not being run over, and raced away, David and Gavin both suffered flat tires, Myron finished with the exact same time as last year, Shaun impressed us all taking the bronze while wearing combat boots, army pants and riding knobby tires, good guy Tom stopped and retrieved my bike light (thanks), Dan won the single speed competition (and did not fall at any point in the race – good for you Dan), Derek forgot where to race, and Bruiser arrived lubricated and lazy and was nice enough to be the official timekeeper (thanks Steve).  This year, racers needed to finish a beer before their race time was finalized.  The finishing times were…

Posted by Altona Bicycle Enthusiast Society at 12:26 PM No comments: 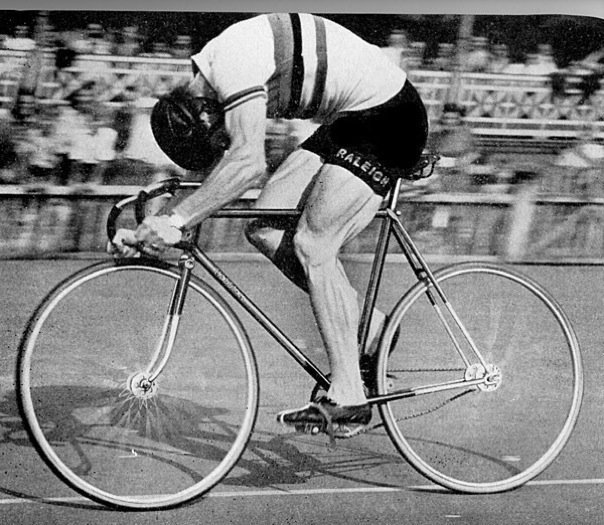 I’ve been told that people have been meaning to organizing a race.  When they say this they usually avert their eyes and look for their dignity on the floor.  That’s OK - sometimes ideas need to properly incubate before they’re ready to hatch.  This void has not gone without its consequences - people are getting itchy to race.  So before this itch turns into a rash that turns into sleepless nights that turns into doing tricks for a hit of crack cocaine, we’ll race.  This week's ThNR will be the ABES Spring Time Trials v.3.0 – two big laps around town.  The finish line is at the bottom of a beer at the clubhouse.  Giddy-up.

Tom, Steve, W, Albert, Chaz, Curt, Gavin, Steven, and I enjoyed an ice-free ride around Rocktona.  Tom was on his 29'er and working harder than anybody else, Paul rode his new Redline cross bike and was rolling like a pimp, and Curt finished off the ride by allowing us to try his new bike - a 48" penny farthing.  It was hard not to smile test riding it (and wish you had a bowler hat, tweed suit and waxed moustache).  We retired to the clubhouse where we were joined by Ike, Giles and Paul B.  Minutes included: John Prine writes songs like he's 200 years old, Curt suggested pioneer meat logo placement, Steve reminisced about tumblers of Moose Lake scotch, Steven shared his unpopular and reasonable views on Altona's spring cleaning, awkward conversations, David is away at a 3 day pool skimming conference, Kony V Kona, Winter Bike Festivus is cancelled due to lack of rollers and winter, Paul B is looking into living in an ice fishing shack this summer, pickled beets/kryptonite, pre-ride naps, shooting ticks with rifles, and butter churning injuries.  Good times.  JS 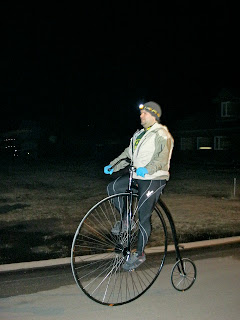 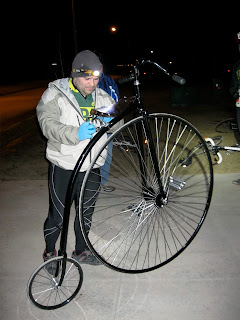 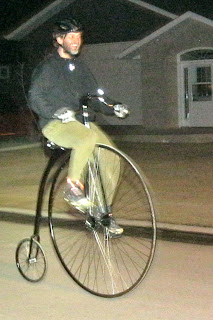 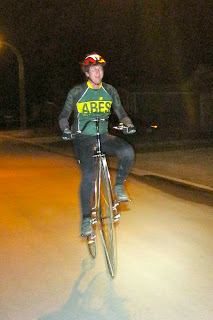 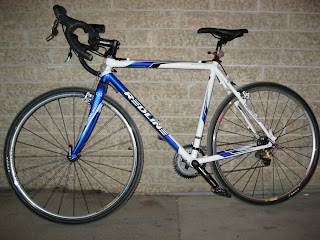 Posted by Altona Bicycle Enthusiast Society at 9:59 AM No comments: 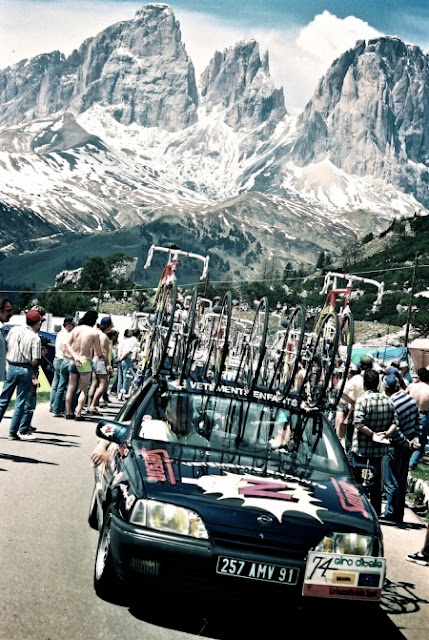 Same place and time.  See you then.

Start wrapping your head around this plan, maaan...Saturday Morning Brunch Ride.  Gather at 9am and we'll cycle to Plum Coulee for some delicious homemade fixins at Annajo's Bistro.  We'll go via Rosetown and head back on the 201.  Let me know if you dig it.

In addition to the sausage casings, I'll also put in another order for ABES jerseys if anybody missed out on the first round of beautification. 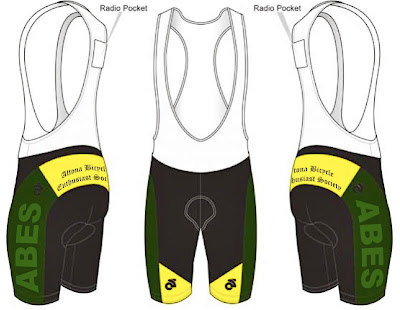 Details about theses beauties here.
Who's in?
Posted by Altona Bicycle Enthusiast Society at 10:23 PM 18 comments:

Cousin Thomas was joined by James, David, Ike, Curt, Duke, Mike, Shaun and myself for a little spinny spin around town.  Thomas must have been sharing his racing secrets to David and Duke as they easily topped the podium in the race to the clubhouse, beating the rest of the field by 30 minutes - impressive.  Curt was thrown off his bike twice as he tried to ride through drifts and Mike had issues with his shoelace wrapping around his pedal; otherwise a lovely ride with a fun tear down the North path.  The clubhouse minutes were minimal as we were all watching the Jets do their best to prevent riots in Vancouver.  Items I did note included: all my questions end in “errr...”, women getting gang-ogled, and saying the word cuss instead of actully cursing – cuss you!  Good times.
The tentative date for the ABES Winter Bike Festivus is Saturday, March 31.  Details will be confirmed.  Save the date and get ready for more good times already yet one time.
Posted by Altona Bicycle Enthusiast Society at 12:19 PM 1 comment:

I am happy to announce that 24 Hours of Bill Murray champion, Cousin Thomas is joining us for the Thursday Night Ride.  Hopefully he will shed some light on his unorthodox training regiment, race tactics and fashion stylings that took him to the top of the podium.  Don’t miss this once-in-a-several-months opportunity.  9 at my place.
Posted by Altona Bicycle Enthusiast Society at 4:54 PM No comments:

Posted by Altona Bicycle Enthusiast Society at 7:49 PM No comments: 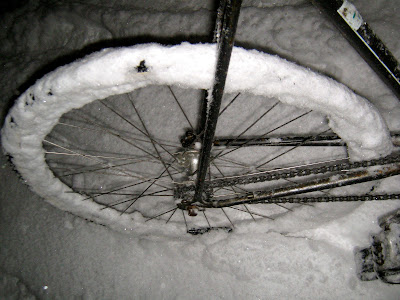 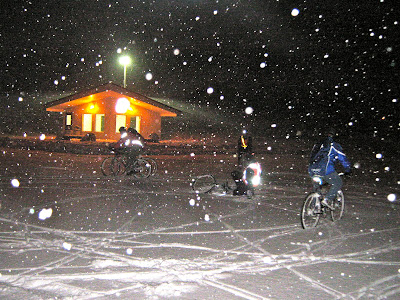 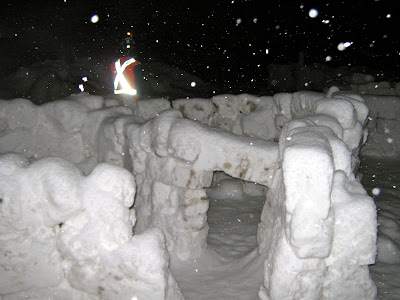 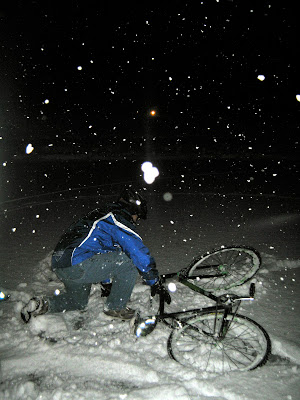 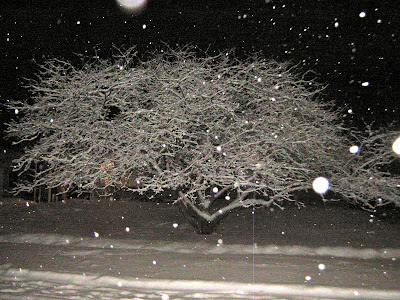 Posted by Altona Bicycle Enthusiast Society at 10:11 PM No comments: