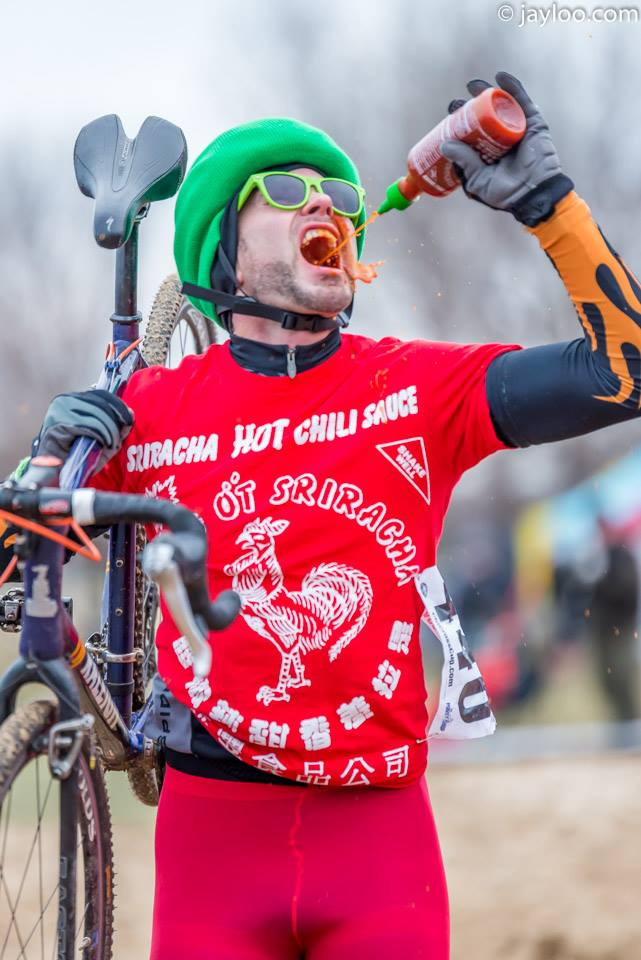 Feel free to watch the 1st period at my place.
ya'll'r welcome.  JS

The Jets game starts at 6:00 and the weather is wicked cold so Shaun and I agreed to cycle during the second intermission and watch the third period at the clubhouse.  Everybody's invited to join us or come by early and watch some of the game at my place. 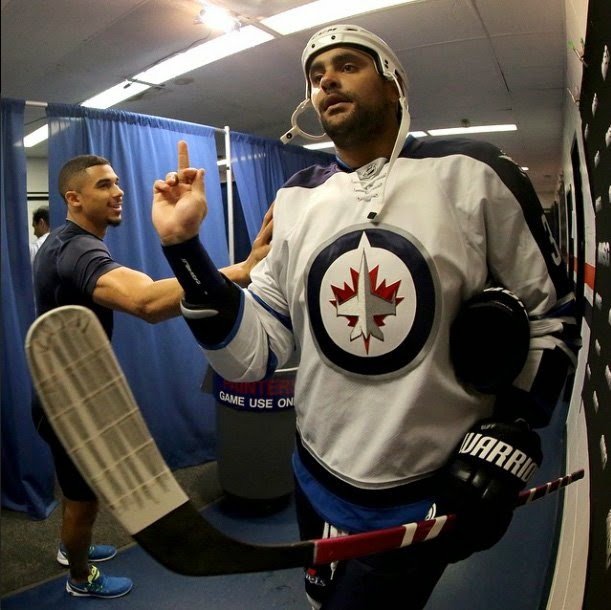 Posted by Altona Bicycle Enthusiast Society at 5:32 PM No comments:

Shaun, James, Jonny, Steven and Franklin met to ride on what felt like a colder night than it was.  James showed off his new fender, and we hit the road.  We were met by Curt, and paced by Jonny, who blew us all away with his solo effort.  We regrouped at the hill which was perfect for riding up and then headed back to the clubhouse.  Johnny claimed victory with a mad sprint to the finish and was awarded the most aggressive rider jersey, the overall jersey, and the points jersey.  At the clubhouse, we were joined by Duker, Tom and David.  Minutes included: Jonny sneezed for the first time in weeks and wished he hadn’t, being the town weed inspector is one thing, bringing Cheezies to the weed inspector’s convention is another, Shaun has donated over $1000 to the ABES over the last 5 years, The Golden Loon is spicy delicious, the ABES quiz team is getting set to defend their “World’s Smartest Bike Club,” championship, and the Pearson Pennant would make a sweet wool jersey.
This Weekend is Actif Epica, with our very own Paul doing his bit to represent the ABEnthusiasts.   Will he emerge victorious in his battle with the wind and chill, or will our brave knight lose the glorious fight.  All I know is that in his heart our brave knight may safely keep these words:
“everything I have done, am doing, and shall do follows the dictates of reason and the laws of chivalry,”
― Miguel de Cervantes Saavedra, Don Quixote


Godspeed Paul, and enjoy the poetry of a valiant effort, and the success of arriving that eluded Saavedra's hero.
Posted by Altona Bicycle Enthusiast Society at 3:25 PM No comments:

If David hasn’t convinced you to register for Winter Bike to Work Day, I’ll add my two cents…registering for this event helps demonstrate the growth of cycling and the need for improved cycling infrastructure and policies.  But more importantly, we want to stick it to our bicycle brethren in Winkler and Morden.  Currently Altona ranks an impressive 69th (ha) in the world in terms of registered cyclists which is way, way, waaaay ahead of the city of Stinkler.

Fellow cycle enthusiast and perspiring pro Paul K is preparing to partake in Actif Epica this weekend.  The forecast calls for -25 with a hellacold factor of -100.  Good luck Paul.  We heart you.  To show my team spirit, I’ll be participating in Inactif Epica which will include copious amounts of chips, beer, and TV.  Bring it on, couch!

The Big Frame / Lyle / Worst Father Ever, is taking a two week bicycle building course in BC with Paul Brodie - as in Brodie Bikes!?.  Pretty cool.  I can't wait to see his sweet new bike.

Pencil in the date…the ABES Winter Bike Festival is tentatively being planned for Saturday, March 14.  Details are more than vague at this point but it’s sure to include good people and good times.

And now, a train video for Albert…

The Thursday Night Ride is on – natch.

Posted by Altona Bicycle Enthusiast Society at 5:20 PM No comments:

Dan, Lonnie, Gavin, Jonny, Paul, Shaun, James, Curt and Franklin came together to cycle around Altona.   Dan really wanted to go see the moon, but the first order of business was to go to David’s to watch the new MB cx doc featuring Altona’s own Cheryl Koop.  After the show and refreshments (thanks David) we all hit the dirt roads to check out the moon, which had disappeared behind the clouds (sorry Dan).  We lapped the town and regrouped at the clubhouse where we were joined by Tom and Duker.  Minutes included: bitching about work is cathartic but lame, we are not good at pacts, Lars and the Altona Bike Club are all right by us,  Kane is no Lowry, skinsuits are awesome on other people, Corny is gone (boo) = chips and nuts (yay?), Shaun looks really trim in his new jackets.  I remember laughing a bunch, but I don’t really remember why, perhaps it’s just as well.

“I seemed to be upon the verge of comprehension, without the power to comprehend as men, at times, find themselves upon the brink of remembrance, without being able, in the end, to remember.”
― Edgar Allan Poe, The Murders in the Rue Morgue: The Dupin Tales

This weekend is shaping up nicely for a bit of snow but not too much. Maybe a creek ride is in order?
Posted by Altona Bicycle Enthusiast Society at 2:34 PM 2 comments: 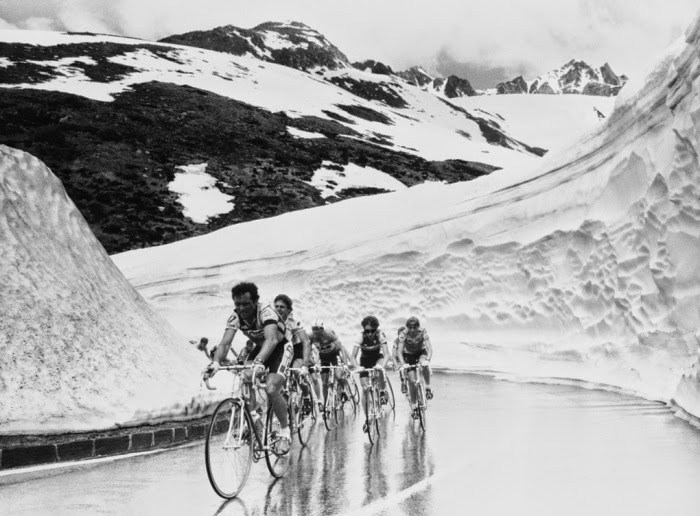 Same time, same place. We'll start off the evening by heading to Davey-Boyz place in the Village for a screening of the new MB CX doc. Then it's off to ride some more. Or whatever.
Posted by Altona Bicycle Enthusiast Society at 10:26 PM No comments: