A lot of ABES were out last night – Tom, Duke, Curt, Paul, Dubya, Steve, Shaun, Albert, David and myself.  Most rode, some only arrived at the clubhouse and one ran (punch in the gut).  Those that rode enjoyed the mild temps and the usual haunts.  The clubhouse is where we say the usaully mild mannered Myron experience techno rage – he was eventually  put in a time-out in the smoke room.  Clubhouse minutes include: Albert submitted his annual ride total – 3738.82 kilometers – that’s about 100 klicks per bike, Paul has started quilting a wiener cozie (peter heater) that he plans to put in his hope chest, W is still fine tuning his three speed internal hub – what he really needs is a single speed (are you hearing this Donna?), James reported that DB hogged 5 rocks at his last curing game (did he buy any rounds?  WWDBD?), Hitler history, the halleluia chorus concert, Poker history and Stuey Ungar, Kevin Martin is the biggest Ahole in curling, Sloth Cross, Kathy O.C.  has man hands (and huge pores), Joni Mitchel hates Bob Dylan for being a phoney, Rick Allen keeps on drumming, amazing wrigjlas, Cheryl “my shit don’t stink” Koop, Ninja training circa 1983, bike sprocket throwing stars, halbstadt bonspiel, the Scotties – Jame s and I provided the best security ever, David provided adequate light housekeeping duties at 6:30 am.  Good times.  JS 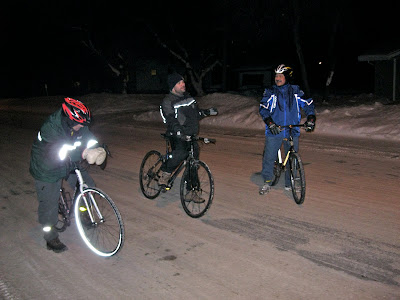 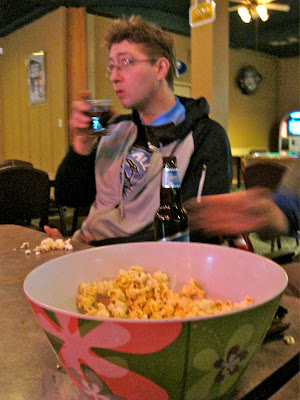