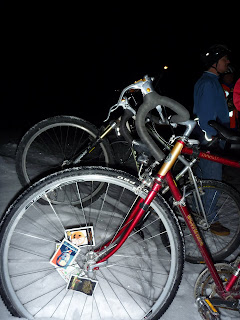 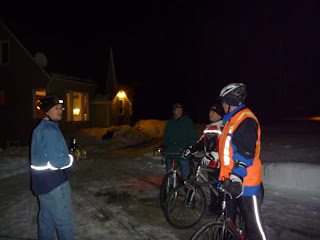 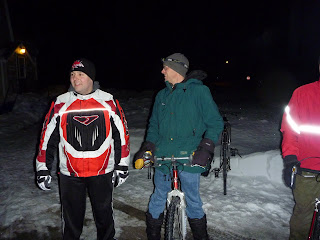 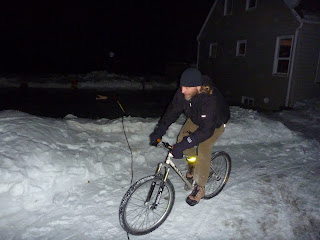 Thursday Night Ride was actually the inaugral Village Time Trials at the Hiebert/Sawatzky yard in the Village of Altona. 5 riders braved the extremely warm weather conditions to race the four lap timed event. The first two laps qualified you for your final laps position and after the first two it seemed as though Gavin had an insurmountable lead. Blazing around the short track in a blistering time of 56.57 seconds (obliterating Johnny S.'s old record of 1:11.43) he was poised for victory. The second set of laps proved a bit sloppier as the riders chewed their way through the course and by the time Gavin emerged as the last racer of the night things had become decidedly messier. But, even with Steve B.'s consistent set of laps Gavin was able to hold of all challengers and be crowned Village Time Trial Champion.

Post-race festivities adjourned to Grumpy's where the usual frivolity and chatter occurred.
Posted by Altona Bicycle Enthusiast Society at 9:26 AM