David, Shaun, James, Evan and I zipped around town on a beautiful night.  We appreciated the fact that the weather didn’t hurt us.  The pace was good but eventually the clubhouse was calling and we succumbed.  We were joined by Duke, Tom, Franklin, Paul and Dan.  Paul was nervous about leaving his brand spanking new steel 29’er in the back of his truck, so he brought it inside and we all oohed and awed appropriately.  Minutes include: the jump to conclusions mat, Franklin started the “Let’s be Honest” campaign, David is obsessed with the missing Malaysian airline and the conspiracy theories,  Canola Fest V Rape Fest, Jerry Loeppky ran into a Maple Leaf Menno in Los Angeles, cloudy with a chance of making stuff up, assumptions = making an Ass out of U and Mptions, upcoming long-weekend cycling schedule: July – Cuyuna, August– Maah Daah Hey, September– Riding mountain, journaling and crafting for university credits, D is for degree, rocking out at our age is still cool – but not during the week, Got Shmaunt Fat?, race director Franklin is planning a three-pronged race for next Thursday, and the quote of the night, “Not working is part of the job.”  Good times.

Bruce and Paul work on the new steel steed before the ThNR. 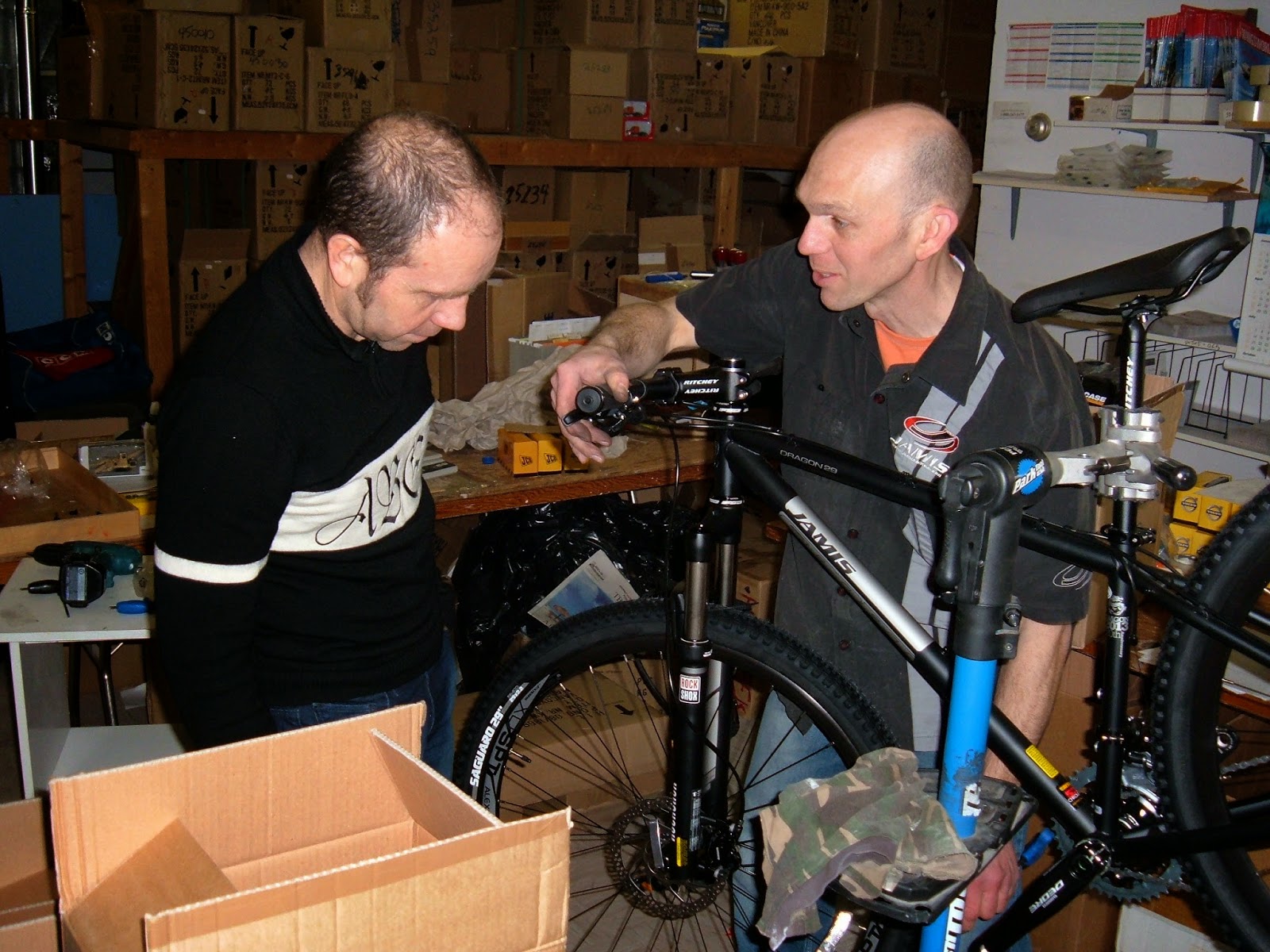 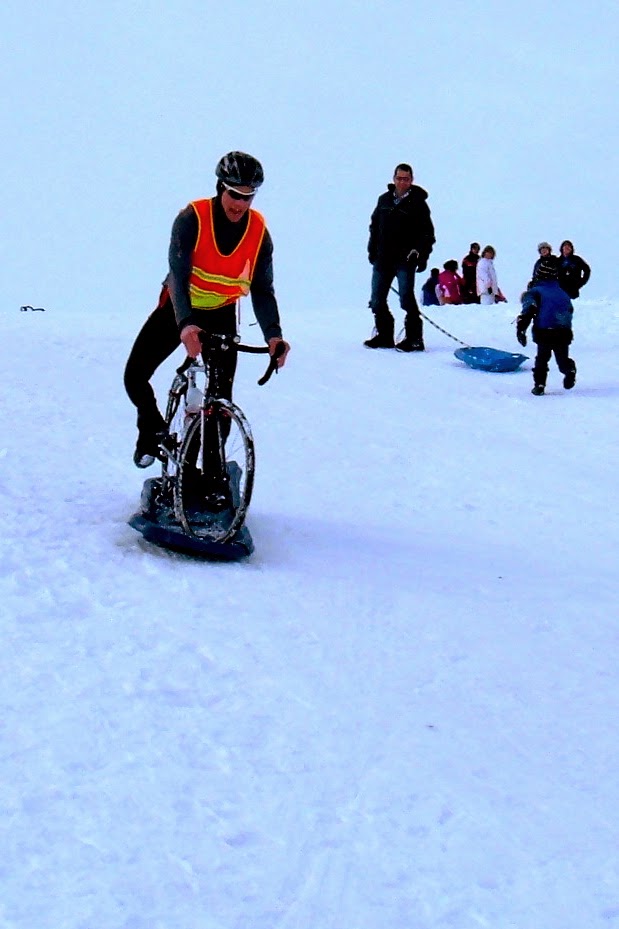 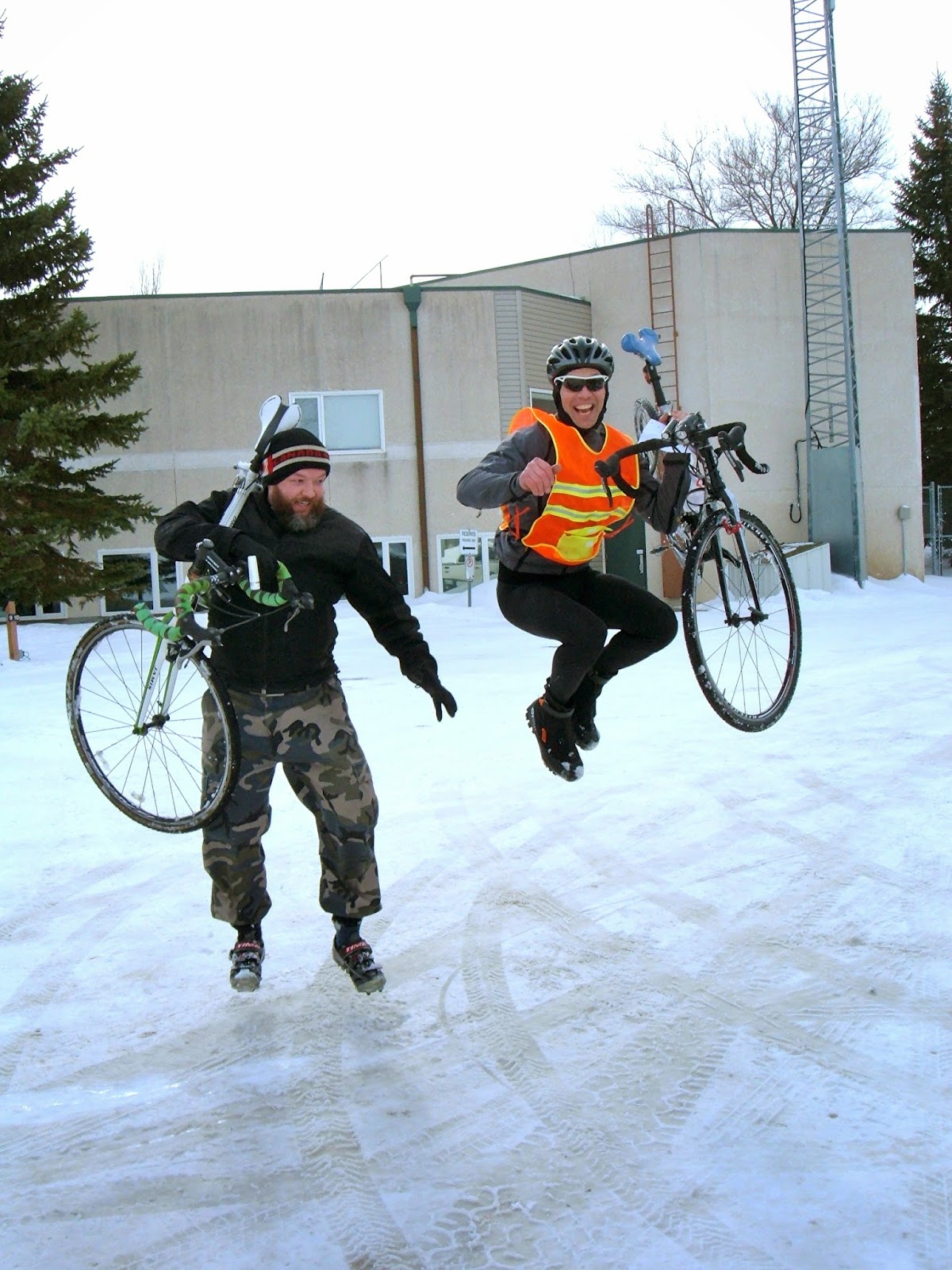 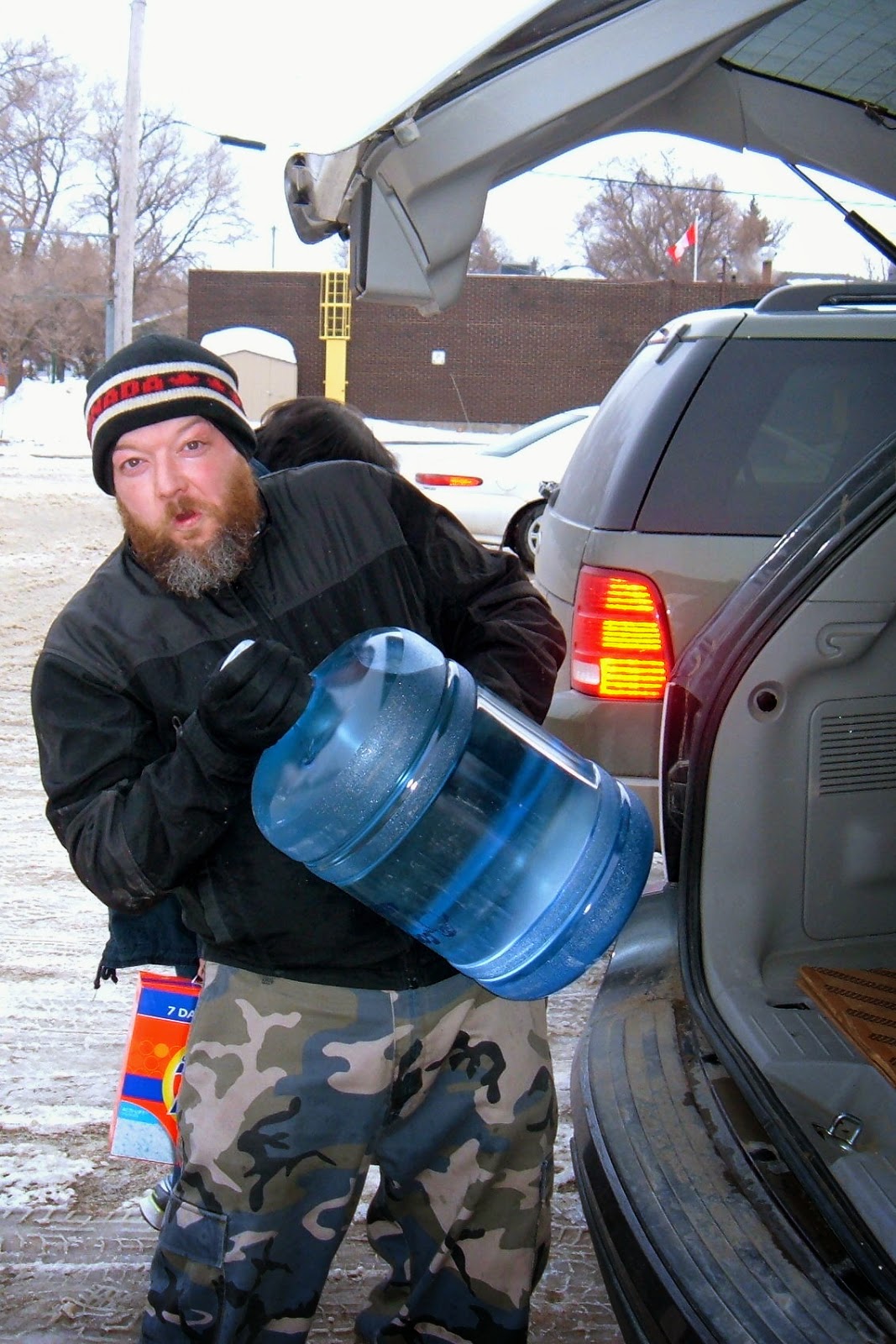