Is Manitoba cyclocross the best or what?  Spending a day at a park, racing bikes with family and friends, it's the best!  So many good times.  Some of my favourite moments of the season include: the cx nationals weekend – so much good racing/people/beer/weather it was ridiculous, Trevor K's moustache is so magnificent it too is ridiculous, our double-header weekend had the good time vibes of a church picnic (without the churchy bits), Dark cross had the best course they’ve ever strung together, finishing a race with 5 ABES in a row was a fun race within the race, The Hinterlands Who's Who video, Jason using his inner Hulk to rip his handlebars off his bike (he’s soo angry), Paul finally winning a race against Huebner made PK's year, Dead Horse poutine (it tastes better than it sounds), not crashing, DNF’ing and/or DFL’ing at Crosstastic - for a change, not going to Portage, not being the race director, Oliver's sprint win and flaming barriers at dark cross, and my two races at the forks were greasy and fun.  The following is a collection of my best cross memories of 2015…

Best power couple – Danick and Oliver showed their redonkulous supremacy this year – holy crap these guys are fast and fun to watch.

Best results that are true’ish - Joanne can now claim that she is a two time national cyclocross champion, winning last years Friday night open race and this years Sunday open race.  She won't mention the impressive results, but I like to.  Joanne, “You’re simply the best!” Tina Turner.

Best Shutterbugs - Dallas took pictures for a couple of days of racing and produced over 5000 pictures proving he’s as prolific with a camera as he is at heckling, talking, running, everything.  That guys motor is always on, and we love it.  If you have a week to kill, check out his pics on Facebook.  Greg McNeill whooped and yelled for people to show their stuff at nationals and the results are pretty cool.  Unforch, my stuff includes wheezing and gently rolling over the berm – not exactly highlight material.  Newcomer Andrew Rempel took a bunch of impressive aerial photos and videos in Rocktona that are hellacool, but it was rock and roll Rod Codwell who took pictures every week so he gets the top marks.  My only complaint is the Rod should be in a different race so I could see more pictures of me (don't judge).  Cheryl on the other hand loved the C race coverage.  Thanks to anybody that shared race pictures - it's greatly appreciated.

Best heckle moment – Tie: the double ABES mooning of racers at Nationals, yelling “bridge the gap”, and Paul Krahn crashing because he was distracted when his family gave him sass at Dark Cross.

Most entertaining rider - Ari Robinson – this dude is a rock star!  Racing to podium finishes, jumping and spinning over (flaming) barriers, hopping up stairs and doing wheelies up hills with one hand off the bike.

Best It’s-not-a-bet-if-you-know-you’re-going-to-win bet - Altona V Stinkler – the most local riders at their respective cross race meant the losers donned the others jersey at Nationals.  Peter, Phil and Bob were good sports and looked great in green.
Best course feature - sure I’m biased but for me it was the double meat grinder – According to my assumptions, this is a cyclocross world debut – seriously, prove me wrong.  The big mo-fo flyover at Nationals was super dope but Franklins integrated whirligig design messed with your mind. 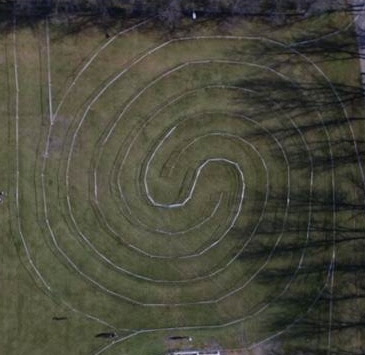 The best cx moment of the year (and probably ever) - Lady of the lake, Cindy Brown loses control and rides her bike down the hill and into the water in Altona, falls in soaking herself.  Then sopping wet, she runs up the hill and races 2.5 more laps to take 2nd place.  Amazing.  It never occurred to me that somebody might do any of that.  Mind - blown.  Right f'n on!  Cindy, you are the best!

Honourable mention goes Anna who continue to inspire and impress cx fans by sprinting to a 5th place finish in Morden.  How amazing was that?! 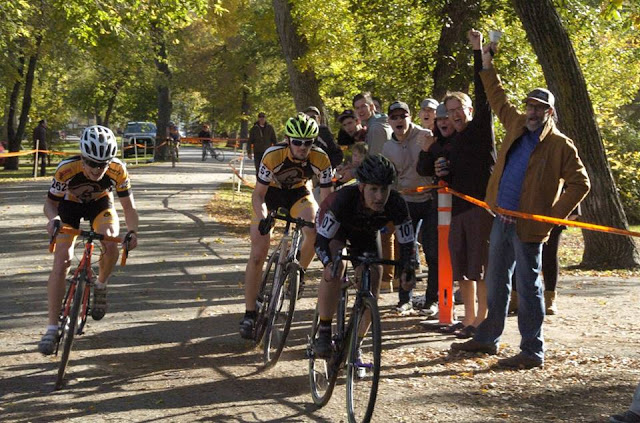 So many good people and good times.

I know i'm missing a boatload of goodness - If you remember other notable high/lowlights?  Post it for giggles.  JS

Posted by Altona Bicycle Enthusiast Society at 11:18 AM