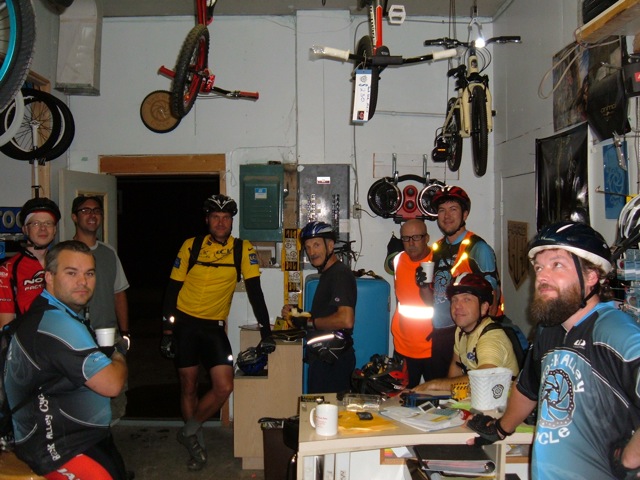 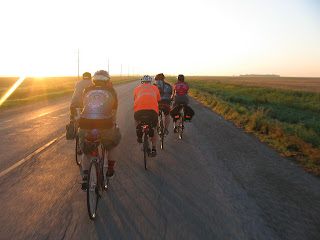 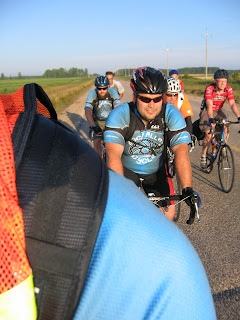 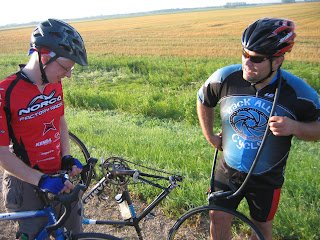 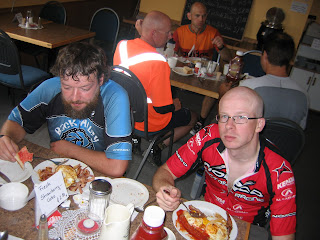 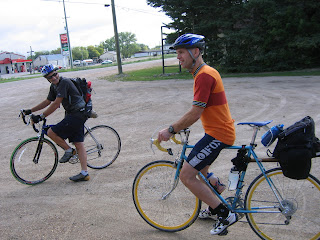 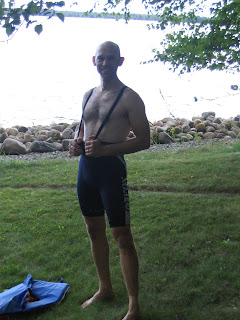 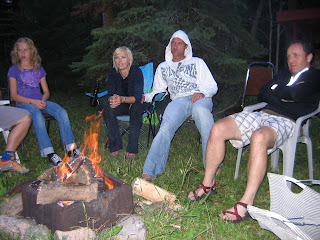 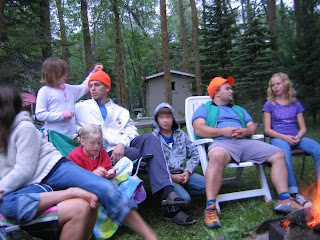 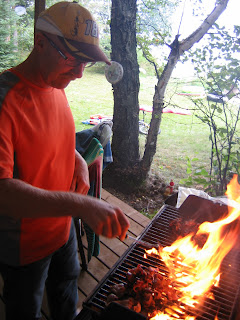 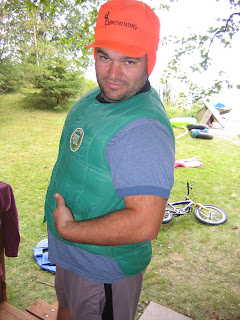 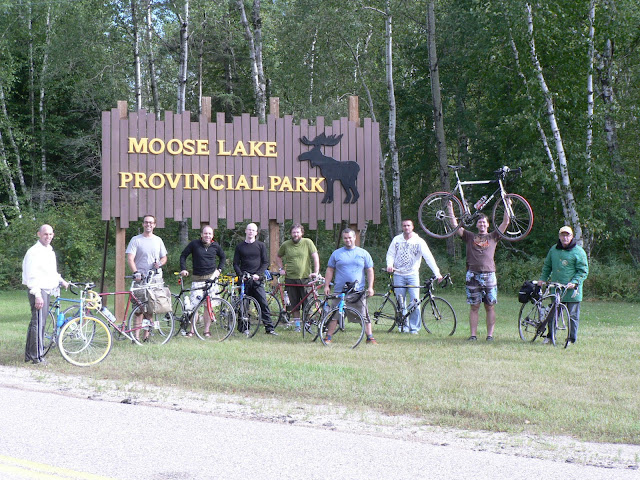 From the desk of Shaun...

On August 14th ten guys; Bruce, Shaun, Paul K, Jeff, Ben Curt T, Mike, Charles, Walter and Albert (not shown) left Back Alley around 5:30 to ride our bikes to Moose Lake.  Even before we hit the 201, the group had split into two: the moderate and immoderate.

We all rode towards Moose Lake with a decent tail wind.  The immoderates Charles and Curt were held back a few times with Curt's blown tubes.  Luckily tubes and air were in ample supply.  The whole group met in Vita and had (more) breakfast - 70 km in.  It was at this time that Albert had to head back home to attend to some business.  I could see that ride back hurting a little as the already good tail winds picked up to somewhere in the 20s.

After much relatively effortless spinning, riding four abreast on what seemed for most of the time to be a deserted highway and many gootch/water/piss breaks, the moderates sat down again for some lunch and pie at South Junction - 140 km in.  We then continued on through the last stretch of the easterly 201 with the wind at our backs to then turn north on the 308.  Like clockwork the wind shifted from the SW to S to push us to our final destination.  Most of the riders had accumulated the extra 13 km needed to complete the double metric century sometime earlier in the day, so they arrived at Moose Lake, cracked a beer and put their feet up.  Mission accomplished!  Jeff, Ben and I hadn't, so we rode back 6 1/2 km and then joined the rest of the gang at the cabin.  When all was said and done, the moderates averaged around 29.7 km/hr for the first half and 27.5 km/hr for the second half.  In all, about 7ish hrs the saddle - very, very awesome hours.

After arriving, we cleaned up and cool down with a dip in the lake, rested our duffs and sat by the fire.  After cooling down, some had to be pried off their seat to take the group photo shown above.  We were treated to a supper of steak and potatoes.  And it was so good.  Thanks Bruce and Elexis!  Following that there were squares and some kind of lemony delight with lemon icing - yeah!

Many thanks to Bruce and Alexis and others I might not be aware of for arranging this, providing a destination/lodging, food and all the other details that might go unnoticed by those of us who just show up.  It was a great day.

(There were a few animals hurt in the making of this ride: A skunk was run over on the way home.  Luckily it didn't stink things up too bad. And a dog was hit by a car as it came out to chase Mike, Paul and Albert [and maybe others, but I was in the less immoderate group, so I wasn't there]).

Cars are coffins
Bikes are awesome