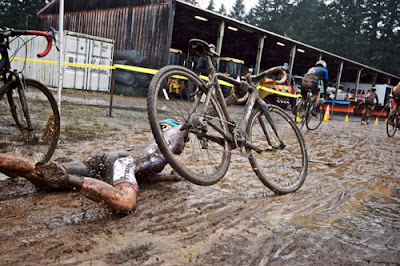 I missed the ride due to official MUCR business in preperation for the upcoming cross season.  The meeting was held at the Belgian Club while a band was playing, the tv was on, VLT’s were ringing, and a pool tournement was taking place.  I have the attention span of a housefly to begin with so it was hard to focus, hear, stay on topic and finalize anything.  I’m not sure if anything was finalized bit it was clear that cross is a growing and popular cycling event, it will be even better in 2011, and we all enjoy visiting and drinking beer.  Minutes from the meeting included Hal “polling” women at Southern Cross, a possible new racing division – so, any dude that want to start racing will begin in C-men (TWSS), possible Mud Fest cross race in St. Agathe, the idea of a Grand Prix was discussed but won’t happen with Altona, an evening race will take place at the Speedway under the lights with a canteen and bar open for business; the grandstands, novelty of a cool venue and the drama of racing under the lights should make this the most anticipated race of the year.  Southern Cross will take place October 16.  I also heard rumblings of a short track series that might start up on 2011.  Short track is a mountain bike race similar to a criterium where riders do multiple laps on a short 3-5 minute course.  Sounds like fun.  I also came away from the meeting with a loaf of Halbert’s delicious bread. 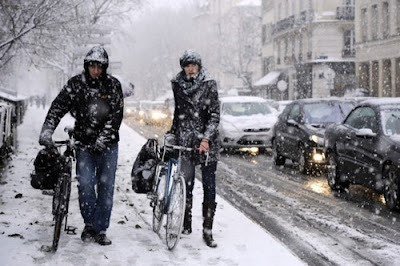 I made it to our clubhouse in time to see Duke, Albert and Paul B.  Paul has not ridden his bike for months and walked to bike club (remind me to give that guy a punch in the gut).  Our brief discussions included The Spicey Noodle House, long underwear, shoe store grievences, and nooners.  Good times.  JS
Posted by Altona Bicycle Enthusiast Society at 4:52 PM