The fam and I have been visiting the Paul clan out here in southern AB. We drove from Okotoks to Banff (via Turner Valley, home of the Chuckwagon Cafe) and immediately noticed the volume of cyclists out on the highways. Maybe it has something to do with the gorgeous mountain scenery, or maybe the wide asphalted shoulders. Possibly the motorists who respect something resembling the 3 foot rule, even though it's not law. Whatever the reason the culture of cycling seems natural.

A great example is the "town" of Okotoks. I facetiously refer to it as as town since in MB it would be our third largest city. Out here it's a town. Well, this "town" kicks some serious spandex-wrapped ass. On top of virtually instant access to the aforementioned pristine road rides the "town" itself boasts over 50km of paved bike trails. With forethought re: commuting you rarely have to cross streets to commute almost anywhere in this community of almost 25,000.

Sounds sweet, right? So let's get this straight. Sweet road riding. Check. Great bike- friendly commuting. Check. Anything else? Yep! I almost hate mentioning that some of the world's best MTN biking and downhill riding is 1 to 1 1/2 hours away. Okotoks also has a secret weapon. BMX. Nuff' said.

Ok ok...I know I've had some damp panties about BMX racing in the past months. But considering there are NO sanctioned BMX tracks in MB, SK or N. ON it was eye opener to see an established BMX circuit in Alberta. The track here in Okotoks has a paved start gate area followed by hard-packed jumps fashioned from clay based soil. Super nice. Its Maintained by the local BMX club and includes a canteen, grandstand and automated start gate for eight racers. Tuesdays are club coaching nights and Wednesday's are club race nights. Bro-in-law Kyle and I checked out the track today and even he was inspired enough to change his skinnies off his MTB. Or at least talk about it.

I know it's still a pipe dream and I'll gladly leave the money raising efforts focused on the skate/bike park for now. But someday........ 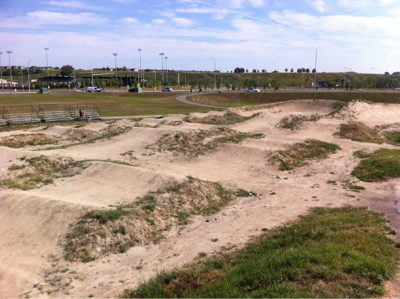 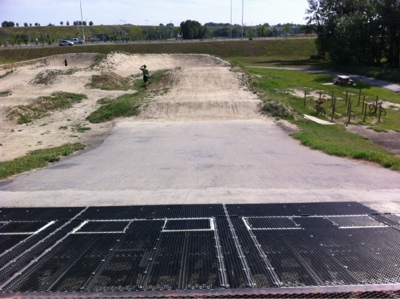 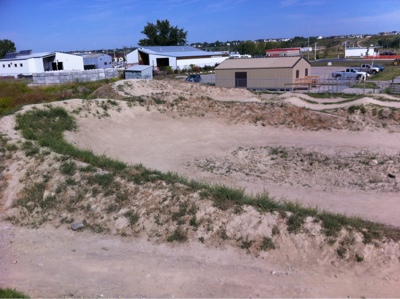 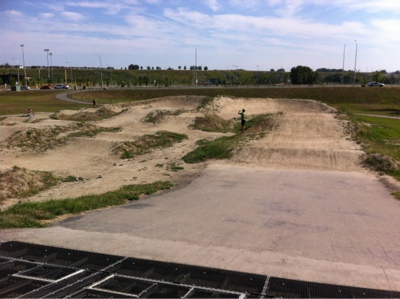 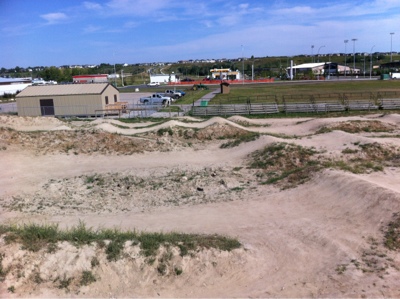 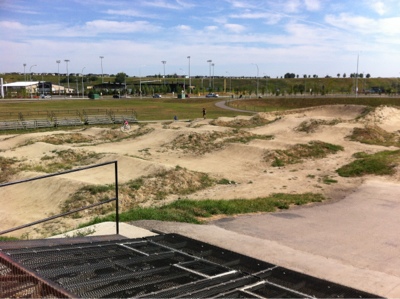