It was a smaller gathering with Tom, Duke, James, Albert, Paul W, and I.  We took a ride around town visiting about nothing in particular.  The pace was nice with the occasional burst to get the lungs and legs pumping.  The moon was almost full which made the night well lit.  I loved it.  We met David at the clubhouse where conversations rambled between: Dan's garage/bike warehouse, Albert's new $1100.00 fork (currently for sale for only $250.00 OBO), Dr. Pork N. Heimer's Boner Juice, the "Facts" in The Echo, growing weed and boarding, the B race fist pump pact (twss?), David don't carry no hockey bag for no weiner kid - and also shared his seething issues with people who yell things to kids at hockey games (especially if they yell stupid things), retiring before you start working, Paul trying to survive moving the dry cleaners (read: liquor store) to Main St (the old Plumbing Plus shop), birthday boys James and Lorne were cheered, Mexican Henry Winkler, "paging Dr. Faggot", and the alley crash race next week.  Good times.  JS 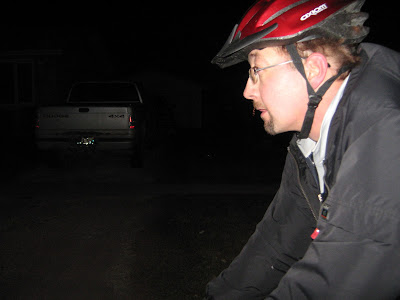 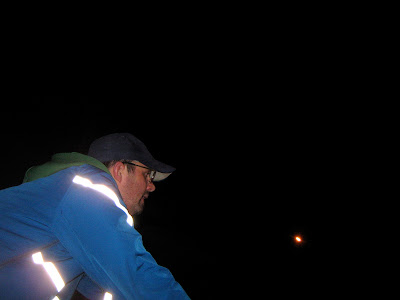